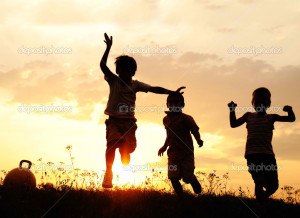 I’m a Father going through a divorce. What rights do I have?

Parental break-ups are followed by child custody disputes. Children and divorce, both, become a complicated concern for a couple who doesn’t feel like continuing a marriage. The UK government has defined laws regarding child custody for both parents. The arrangements for child custody can be very difficult to handle when the couple goes through a divorce or a separation. In the majority of cases, the custody of the child is given to the mother, however, the father still gets granted contact rights with the child.

Many organizations have been focusing on emphasizing joint custody in the United Kingdom, in order to ensure fathers that they get endorsed for greater contact with the kids after a divorce. For women, there are many empowerment movements and institutions that are actively working for them to help with divorce while we rarely see any organization or institution that entirely focus on divorce advice for men.

In order to eliminate the confusion about the laws for child custody in the United Kingdom, learn more below:

What does Custody in the law mean?
The word ‘custody’ refers to ‘residency’ in the terminology of law. This tells about the location of the child’s residence after the divorce of his/her parents, either the child should be living with the mother or the father.

What does Shared Custody in the law mean?
The term ‘shared custody’ refers to shared parenting or joint custody by, both, mother and father. This kind of custody let both the parents to share the custody by spending equal time with the child and both of them will have equal say in all the matters of the child that directly or indirectly influences the child. If the parents get the issue of custody resolved amicably, it might make it easier for the family to deal with the unfortunate situation, however, if the dispute gets heated then the court decides on which residence arrangements will result in the best of child’s interest.

How does Shared Custody benefit the father particularly?
The joint custody significantly differs from the standard contract of custody. The standard contract of custody refers that the child is resident with only the mother or the father, whosoever wins the case of custody. In most cases, the mother is given the legal authority to raise the child with her, however, the father is given specific days of the week (mostly weekends) and sometimes limited hours to spend time with the children.

What are the Legal Rights of the Father?
As a father, you should know your rights after the divorce or separation from wife. Usually, fathers are only focused on the divorce financial settlements after the divorce finally takes place, however, legally, a father is completely entitled to get involved in all the major and minor decisions of the child, which might impact his life. Good family law solicitors are indeed hard to find, as you feel reluctant to open up to a random person talking about your personal distress. But, expert divorce lawyers do their job quite professionally by helping you with legal advice on separating and by also getting you familiar with entitlements in divorce for men. If your wife wants a divorce and you are worried about your children and their future, it is better to seek for an appropriate divorce lawyer who can give you the right divorce advice that least affects your bond with your children.

Should you spend too much on a divorce?
As a father, the cost of divorce is higher than that for a mother. Even if the wife wants a divorce, the man is still liable to pay bigger chunks of the divorce fees. Since children and divorce, both, keep a significance in your life, it is not recommended to seek help from cheap and economical divorce consultants, rather move towards the high net worth divorce solicitors who assure you with the right legal advice on separating and educate you well about other entitlements in divorce for men according to the UK law.

If you would like to discuss how you may be able to protect your interests in the event of a divorce for an informal chat or to book an initial consultation call us on 0333 12 12345.